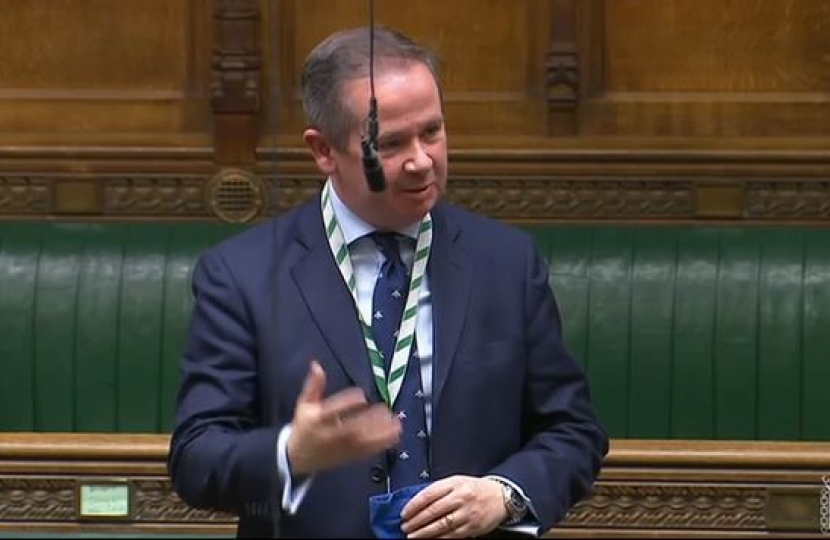 This week, we saw two days of debate where we completed the final stages of the Health and Care Bill in the House of Commons. The proposed reforms this Bill delivers will continue to improve the quality of our health and social care services and patient outcomes, but during both of my contributions I spoke to the amendments that I had tabled.

On Monday, I spoke about New Clause 55, which would insert a clause relating to the guidance for babies, children and young people. It was fantastic to join many colleagues from across the house only a few weeks ago where we debated the importance of ensuring every child receives the best start in life. I was very pleased to see the Government recognise the importance of early years with the long-term investments in families and children that the Chancellor announced at the Budget. The amendment that I had tabled would have helped to move that debate on with practical change.

Within the Government's Early Years Report, there was a recognition that the creation of ICSs and the NHS long term plan has done a lot to shape the focus on care quality and outcome improvements for children’s health.

I welcomed the commitments made by the Minister during the Committee Stage of the Bill that his officials were drawing up bespoke guidance for how ICSs should meet the needs of babies, children and young people, but I would like to see us take this further by giving it a statutory footing. This amendment would require an ICS to act in accordance with this guidance. Without this statutory basis, the guidance will be optional and there would be no way of holding local systems to account where they have not followed it.

On Tuesday, I spoke in support of amendments 103-105 which were intended to compliment the reforms being made to the Secretary of State’s ability to intervene in NHS reconfiguration proposals. Local Health Overview and Scrutiny Committees play a vital role in reviewing local healthcare commissioning decisions. This is particularly important where a local authority or community find themselves at odds with the decisions of an NHS Trust or other commissioning body. HOSCs are the statutory consultees with regard to substantial reconfigurations and variations in health services and I worry that if left unamended this important form of local accountability will be undermined.

I was pleased to question the Secretary of State during the BBC Funding Debate that took place in Parliament this week.