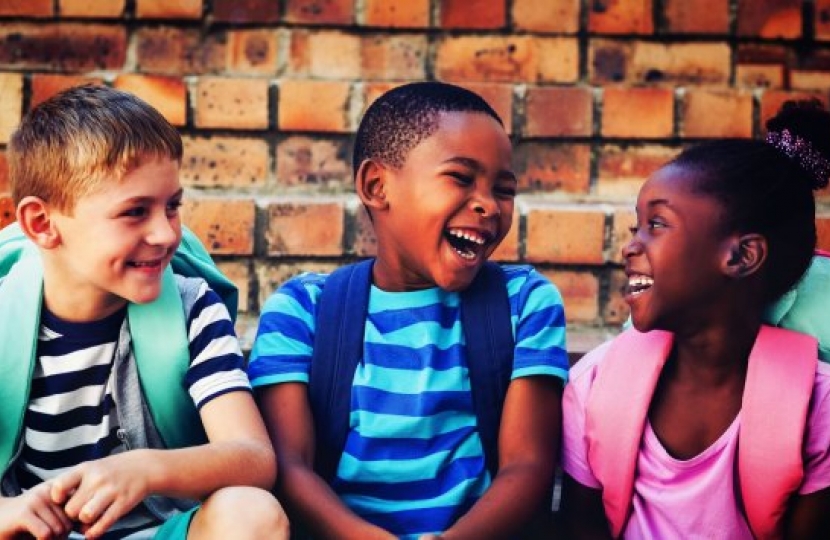 As we reflect on this year’s Stephen Lawrence Day, a day where we come together to continue to push the agenda for change and the sort of society where everyone can flourish, I wanted to reflect on my passion, education.

Before becoming an MP I spent 23 years as a councillor, the majority of that time leading on education and children’s services within the London Borough of Hillingdon, and nationally at the Local Government Association. Hillingdon is very different from the area I grew up in, attending a very monocultural comprehensive school in the South Wales Valleys. Having come from a place where it was unremarkable for teachers to tell a racist joke in the classroom, 30 years later I represent a borough which is incredibly diverse, with 107 first languages and a significant number of refugee children from across the world. These children tend to do very well In education and are seen as a credit to the care system, which helps them to thrive.

In Parliament, I am determined to continue this work on a national level. Having joined the Education Select Committee last year, I recently joined colleagues from across both Houses in founding the APPG for Race Equality in Education.

When considering how we can best level up the educational opportunities for all people across the UK, I am keen to look at what has happened in London over recent years. London is very different from the rest of the UK in terms of educational attainment for those children from minority backgrounds. The city has come from a place where it used to be a particularly poor area to get an education if you came from an ethnic minority background to being pretty much the national leader. Many factors have helped facilitate this change, but I see two in particular as being the big drivers.

The first of these is The London Challenge, a programme which was about raising standards in schools by focussing on what could be done to improve the outcomes of particular groups of children. However, the second I feel is more down to the very high prior attainment of young people from a number of those ethnic minorities, serving a further driver in the rise in standards as well. As a result, this change in London is not just because of the efforts of government and local authorities but because we have seen this diversity being a strength in the system.

The other important factor to consider, and something I am keen for the APPG to look at, is that when we look at how different groups of people do in the system we need to look at the specific outcomes of different groups. For example, looking at the outcomes we see for British-Bangladeshi children in terms of how they do in school, whether they go to university and what kind of jobs they go on to get, and compare them with the outcomes of British-Indian children, we can see they are very different. Similarly, there is a big variation in how different schools perform. We know that you are more likely to get into university if you went to a private school, but you are more likely to do better at university if you went to a state school. When looking at all the points, the devil really is in the detail and I don’t think that catch all terms like BAME are necessarily helpful in formulating effective policy responses. These different groups and communities face different challenges, and tailored responses are required.

That being said, if we do want policies which can help across the board, I believe we need to better recognise the value of early years education. We know that what we do in the early years makes the biggest difference to a child’s educational outcomes. Despite the money spent on early years having the greatest effect, the majority of funding is spent at GCSE level, and I would like to see a policy shift to reflect the importance of early years.

I am proud of the picture we have in London, and while the job is far from done, there are examples of where the drive for equality in education is being delivered successfully. If we are serious about levelling up in education, we need to look at these examples but make these policies work for the specific needs of the communities they serve.

Lockdown has taught us to really appreciate our local environment and greenspaces. That is why I was pleased to join Friends of Roxbourne Park for a litter pick as part of the ‘Great British Spring Clean’ campaign last month.