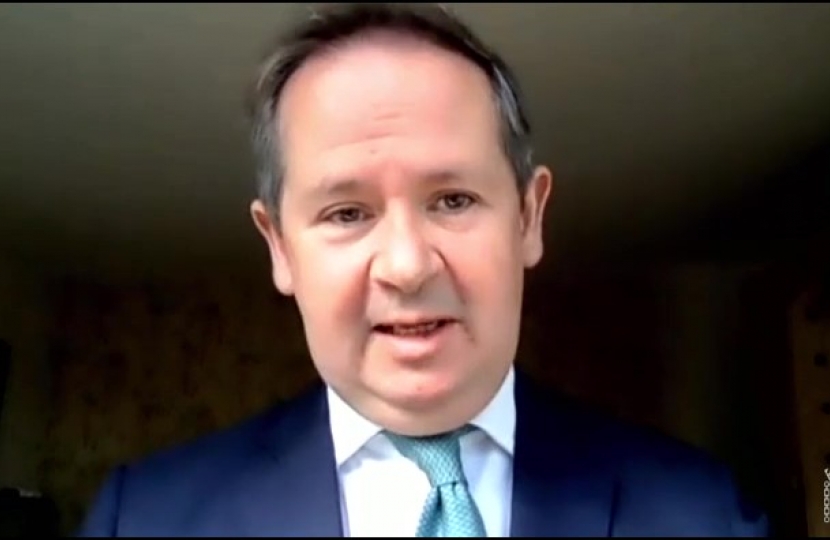 Alongside Neil Coyle MP, I was the co-sponsor of a Westminster Hall debate on support provided to asylum seekers through the dispersal system. With the Government’s New Plan for Immigration outlining plans to reform the asylum system, this was a timely moment for a debate exploring how well the system of dispersing asylum seekers in different parts of the country has worked, both for asylum seekers and the communities they join. I will continue to engage with the Home Office, meet with experts, and listen to the views of my constituents as asylum reform continues.

You can read my full contribution below:

It is a pleasure to serve under your chairmanship today, Mr Davies. I commence, like the hon. Member for Bermondsey and Old Southwark (Neil Coyle), by drawing the House’s attention to my entry in the Register of Members’ Financial Interests as a principal of the Refugee, Asylum and Migration Policy Project and as a vice-president of the Local Government Association.

It is vital to put today’s debate into its context. The hostile environment and a move away from treating asylum seekers as simply part of the wider welfare system began in the early 2000s, as the Blair Government recognised the political toxicity of the public perception that people newly arrived in the UK would be able to potentially jump social housing waiting lists. True or not, that was a serious political concern that they faced at the time.

In the mid-2000s, Andy Burnham, then the Immigration Minister and now the Mayor of Greater Manchester, signed off on the implementation of dispersal, creating a new route for asylum seekers, whereby they were placed in parts of the country where local authorities, recognising that there was a surplus of housing locally, offered to accommodate them and to provide them with support in those local communities. Subsequently, the Home Office looked to economise on the cost of delivering those services, by delivering through a set of national contracts with private companies.

Hard as it is to believe for those of us in London constituencies and city constituencies with lengthy housing waiting lists, there are parts of the country, such as Stoke-on-Trent, that were proactive in seeking to be dispersal areas because they recognised the benefits to their communities of bringing in new people who could revitalise the schools and other public services on which their communities depended.

The other significant factor remains the distribution of unaccompanied asylum-seeking children, which is not a matter for the Home Office but sits with the Department for Education, under the Children Act 1989. It means that local authorities that have ports of entry—airports or sea ports where people arrive into the UK—bear significant responsibilities. The Home Office’s national transfer scheme has been a step towards addressing that distribution.

The other big part of that picture is that refugees, once they are granted that status in the UK and have the right to asylum, often do not stay in the communities where they are placed through dispersal. That is why we see very large numbers of refugees living in London and the south-east of England, for example. They have not been placed there by the Home Office, but have moved there under their own volition.

It is very clear from my engagement with contractors who have administered the scheme that the new set of Home Office contracts has represented a significant improvement on what was there before. The funding that is available, the flexibility and the volunteering of new local authorities that are keen to be dispersal areas have all helped to ease some of the pressure.

However, we recognise that there are remaining issues with the system. In particular, as the hon. Member for Bermondsey and Old Southwark alluded to, there is a very clear desire, first, to ensure that asylum seekers are not competing with local people to access social housing where that is in short supply; by definition, that means that people are being placed in parts of the country that do not already have a significant housing waiting list. Secondly, we need to ensure, given that around two thirds to three quarters of people who apply for asylum in the UK are granted it, that asylum is the start of a path to integration.

So, my ask today of the Minister is fairly simple—it is a shopping list of things that we need to do better and that we can consider as part of this wider consultation. First, we need to think about how dispersal is part of a path to integration, given those figures about people being granted asylum. Secondly, we must ensure, regarding things such as move-on period and the recognition that most people who come for asylum in the UK will remain, that we are realistic about how we support them to integrate. Thirdly and finally, and this is the most important point, there must be real consideration of how Departments work together. The challenge for local authorities and communities often arises because the Ministry of Housing, Communities and Local Government and the Department for Education are not aligned with the Home Office. So, I ask the Minister: can we please ensure that the approach to this issue is joined up across Government so much better than it is today?

Following months of restrictions, it has been great to see high streets thriving once again. Last week, I took the opportunity to visit local business owners on Ruislip High Street, alongside two of the three excellent West Ruislip councillors, Devi Radia and Philip Corthorne.